The global corona epidemic, which began to spread in China from December at the end of 2019, the point called COVID-19 is a witch that has passed from animals to humans and continues to spread at a high rate which now numbers over 180,000 infected people. The corona has taken the lives of thousands of people and started from China and since the middle of February the plague has spread all over the world. In March 2020, the Corona epidemic arrived in Israel and there are no 250 infected.

And some 3,000 civilians in isolation, governments around the world as part of the Corona fight are making a number of fateful decisions and eradicating the disease and reducing the number of other civilians by closing recreational and recreational spaces, reducing facilities, canceling events and conferences. The Corona epidemic is accompanied by a sharp and strong decline in the stock exchanges, closing the sky by the airport and eliminating where to proceed in normal routine life. 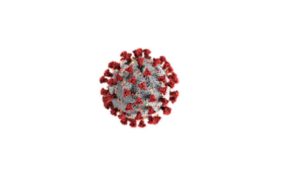 In March 2020, the corona epidemic does not stop and includes 300,000 patients, In Israel the number of patients exceeds 800 people The current infection rate in Italy is getting worse with 800 new patients every day and since the beginning of the outbreak 4825 have died. Italy The country with the highest number of victims who crossed China. Within a day in France there are 112 dead and 324 in Spain. Countries are under great strain in hospitals on the verge of collapse The number of doctors who are infected with the virus continues to rise as well. The average age of victims in Italy is 78.5 adult population and the mortality rate in Italy is higher than the rest of the world and stands at 8.6 percent.

We carry out repatriation flights even for those who are not infected with the Corona virus and we allow it to be returned to its familiar environment. Home with private aircraft at your service all over the world.

Tourists or businessmen who are in a foreign country as part of their work and are infected with the corona virus can safely return with professional and dedicated equipment that corona viruses through an airborne medical staff who will perform all the necessary tests for the patient. Get the same medical treatment they prefer.

A patient who is in danger or intensive care in a foreign country or who has to undergo surgery in another country and is in a supine position and unable to sit on a chair, is obliged to be transferred by private ambulance aircraft. We can provide you with a dedicated and personalized flight for

An ambulance flight is characterized by a personal, convenient and quicker service than a commercial flight which includes additional passengers.  When a patient flies on a commercial flight, he/she will receive the departure times of the earliest flight that of course cannot be changed back or forth.  Private flight allows great flexibility for the patient

When it comes to flights from foreign countries that allow entry to local airports, we can use a wing-to-wing service that allows smooth passage for all patients, including those on an intensive care flight, where the two planes meet side by side at the airport for quick and smooth transfer, to prevent patient discomfort in

Severe injuries and accidents at ski resorts or hard-to-reach sites allow air transport by helicopter.  Our company coordinates transport of the injured by helicopter, also providing medical staff and immediate primary treatment at the event.  Immediately afterwards, we will fly to a nearby hospital for the injured’s medical treatment. Our company will be in contact

The ambulance service we work with is stationed in every country and gives you assurance for perfect and safe coordination between the ambulance vehicle and aircraft.  After collecting the patient from home or from the hospital, the ambulance number and driver’s details will be forwarded by us to the ground services company at the airport,

A commercial medical flight is intended for patients who are able to sit down and need medical staff with them, but who are not in intensive care.  Commercial flight patients usually have to undergo different surgeries or treatments in different countries, or have suffered a minor accident which does not require them to be transported

Ambulance flight prices vary greatly from the pick-up location to the destination airport .  Also, there are a variety of small and medium-sized ambulance jets that can carry more staff and family members in addition to the patient, so the smaller the aircraft, the cheaper it will be, and the more customer requests and large

medical flight The risks of medical flights are like any ambulance transportation. The airline transport aircrafts consist of the most highly trained medical staff for such flights with extensive experience in all situations, and of course the equipment required to complete the mission, which  includes: stretcher, heart monitor, intensive care unit, mechanical fan, IV pump,

The medical staff on the plane include in most cases a paramedic and a doctor with the appropriate qualifications and licenses.  When the patient’s family wish to board a flight, this is certainly possible but requires proper preparation on the plane for any event.  All equipment, including  medical equipment will belong to the airline and 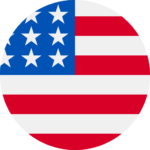 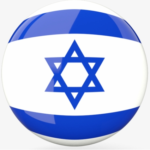 Skip to content
We use cookies to ensure that we give you the best experience on our website. If you continue to use this site we will assume that you are happy with it.Ok